As we all know, an HDMI cable can be used to transfer high-definition audio and video between a source device and a display device. If you want to connect a set-top box or sound system to your TV, you just need to plug an HDMI cable into the output port on your device and the input port on your TV. In 2009, a new feature “HDMI ARC” was added to the specification sheet of HDMI 1.4 and has been a part of the later new HDMI specifications ever since. Then in 2017, a more advanced feature “HDMI eARC” was introduced as a part of the HDMI 2.1 specification. Some of you might be confused about the definition, function, benefit of HDMI ARC and eARC, as well as the difference between them. Today I will explain these one by one. 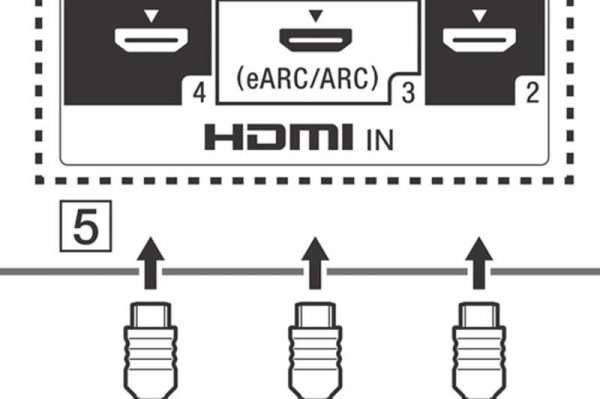 What is HDMI ARC and eARC?

ARC stands for audio return channel. It allows a single HDMI connection to be used as both an input and an output, which eliminates the need to use a dedicated audio cable to connect a soundbar or AV receiver to your TV. HDMI ARC can provide a two-way flow of audio between your TV and audio system via just an HDMI cable. It can be one of the best home theater features, as it can reduce cable clutter, save more cost and simplify your home theater setup.

However, if your HDTV is about 40 meters/130 feet away from your AV receiver, how can you extend HDMI over long distances? How can you return audio signal from your TV in the living room to your AV receiver upstairs? In this case, you may need a HDMI extender with ARC function to achieve audio return at a long distance. AV Access 4KEX70-ARC-H2 is such a kind of device featuring HDMI over HDBase-T. It supports [email protected] 4:4:4 with HDR and HDCP 2.2 compliant, offering the distribution of UHD video, audio, power and IR together. It is specially designed for home applications where you need returning audio from your TV to your AV system at a long distance.

Now let’s move on to HDMI eARC (enhanced audio return channel). As its full name implies, it has made some improvements on ARC, able to stream more complex multichannel formats, like Dolby TrueHD and DTS:X.

If you need to return these high-bitrate signals at a long distance, you can use an HDMI extender with eARC function. AV Access 4KEX70-eARC allows you to transmit [email protected] (4:4:4) HDMI signal up to 70m/230ft over Cat5e/6a/7 cable. Compatible with eARC and ARC, you can also return audio signals such as Dolby Atmos or DTS:X from a smart TV back to an eARC-enabled AVR or soundbar. Besides, it also supports bi-directional IR and one-way PoC. Install it with your AVR, home cinema or speaker, then you can enjoy an immersive audio experience!

HDMI eARC is the next generation of ARC. Its main advantage lies in a big boost in bandwidth and speed, as it allows you to transmit higher-quality audio from your TV to a soundbar or AV receiver. With its 37Mb/s bandwidth, eARC can carry up to 32-channel audio, including 8 channels of 192 kHz and 24-bit uncompressed audio. It also supports modern advanced audio formats like DTS-HD Master Audio, DTS:X, Dolby TrueHD, and Dolby Atmos. In comparison, HDMI ARC only supports up to 6-channel compressed audio and has a maximum bandwidth of 1Mb/second. It supports different audio formats like PCM (2 channel), Dolby Digital (up to 5.1 channel) and DTS Digital Surround (up to 5.1 channel).

What’s more, eARC includes its own data channel which allows the TV to discover compatible eARC audio devices. It also enables the TV to send lip-sync correction data to the audio device. To learn more differences between HDMI ARC and eARC, you can refer to the comparison chart made by HDMI.org below. 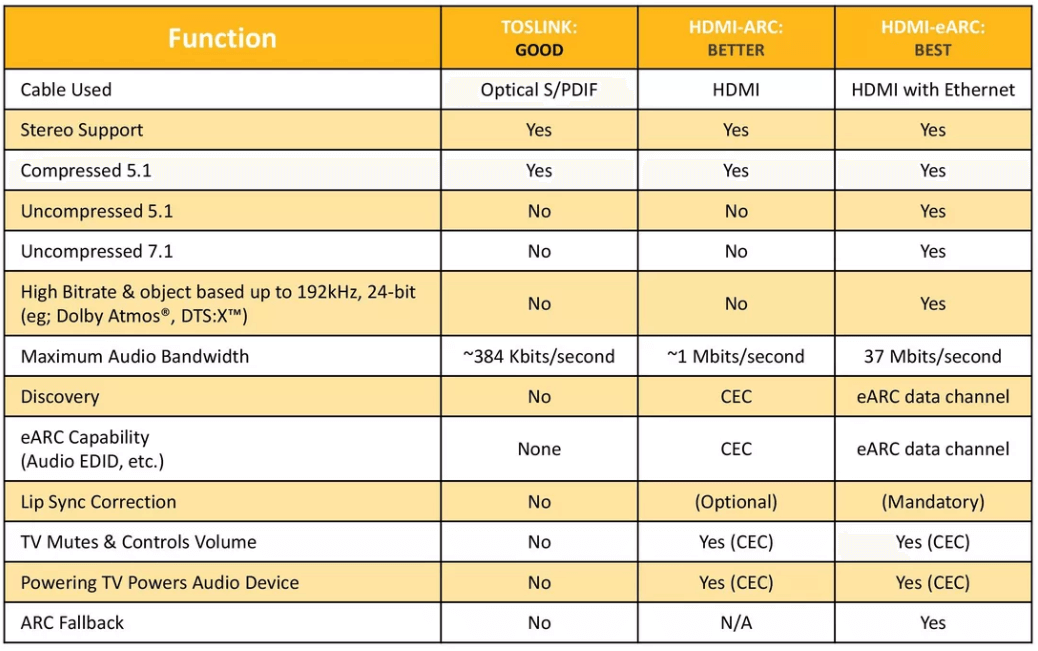 That’s all for the blog. If you have any questions or suggestions, please leave a comment below.

Shane Jiang holds a master's degree in English translation and brings more than four years' working experience in content marketing. His extensive knowledge in multilingual writing and translation has brought a balanced perspective to the AV Access team.